You know that weird sense of looking at the spelling of a word for too long or saying it out loud too many times so that it begins to make no sense? I have developed the same kind of feeling when writing down numbers. Up until recently, I have not had much concern when writing numbers as numbers or numbers as text. I.e. 1, 2, 3, 4, 5 or one, two three, four, five. Soon after I started writing Return To Lemuria, however, I realised that consistency was key. It is important to maintain consistency in your writing so as not to confuse the reader. An example is the metric vs imperial system. Then there’s numbers. I learnt that it’s important to spell numbers out where possible instead of writing down the numerals. For example it’s better to write out one instead of 1 in a sentence. Having said this, there are many exceptions and no golden rule. E.g. it is commonly accepted to write out the time as 5.00pm but it looks and sounds better to write five o’clock in the afternoon. For more info on the use of numbers in grammar, check out this link.

That weird sense of writing numbers now comes into play… Because I have trained myself to consistently look out for writing numerical numbers in my writing over the past year, every time that I write a number as a number, it looks odd. Like it’s wrong. And so I change it to text and it feels and looks better. It’s weird because I never really had much of a preference in the past… #realworldproblems 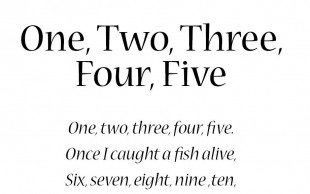