About six months ago, with my limited Photoshop skills, I designed a book cover for my novel, Return to Lemuria and I wasn’t happy. Finding and designing a book cover for a novel must be one of the most frustrating things to do! As an author, you want it to resonate with the story, depict a sense of what it is you are writing about and project an enticing visual interest for a potential reader. It should also work well as a thumbnail (for Amazon and other digital covers).

As I neared completion of my story, I became increasingly frustrated, as I couldn’t find or really design what I really wanted. And then I found a piece of art and I fell in love. Instantly. It was a magical piece of a woman looking up at a beam of light with her hands in a full lotus mudra. It glowed with a powerful energy that spoke to me as if it was designed specifically for my story. The artist painted a beautiful picture . I found the artist’s name, Eric Nez, at the bottom of the piece and then the hunt began. I found a beautiful video of the artist at work. I was amazed at his skill, painting an exquisite piece exclusively with spray brushes. I then managed to track him down on Facebook, sent him a friend request and a personal message requesting the use of his art for the cover of my novel. A week or so later, he accepted my friend request but did not respond to my message. After several more messages, he finally responded, approving the use of his art in return for $100. I immediately accepted his proposal and requested his details so that I could settle the amount owing. Several weeks went by and he never responded, despite many more messages and posts to his Facebook wall. I began to lose hope.

And then I received a friend request from someone who was Facebook friends with Eric. I accepted her request and sent her a message, asking her for assistance. She told me that she regretfully could not help me because Eric had no cellphone or bank account! She told me to continue attempting to reach him via Facebook. I continued to send message after message but to no avail. I was beginning to lose hope once again. A few weeks later, I came across another Facebook friend of Eric’s and this time, he promised to do what he could to help. He went on to tell me that Eric was a hermit and seldom saw him. He confirmed that Eric did not own a cellphone or a bank account. I was amazed, but on closer reflection, felt envious of someone who turned his back on technology and disconnected himself from society to live a life where he could express his passion through art.

Finally, after convincing him that he was a real part of my story, this friend of Eric’s agreed to accept a bank cheque on Eric’s behalf but would not give me his banking details either! I spent over an hour in the bank yesterday obtaining what is called a bank draft (similar to a cheque) for $100. The teller told me that she met her quota for drafts for the year as it is a form of payment that is very seldom used any longer! LOL! I have now sent the draft via registered mail to the US where this friend of Eric’s hopes to see him at the end of the year to settle my debt.

The hard work invested in finally getting the rights to use this artwork for my book cover has a lot of meaning for me. It proves that, just like my story, hard work pays off. 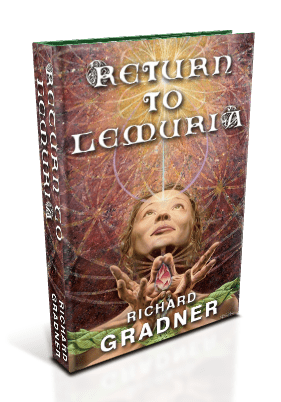