People often ask me – “where do you find the time to write?”

My response? “I make the time.”

This is not really a good enough answer, so I elucidate.

When you’re in a busy routine of waking up at 6am to get showered, dressed, breakfast, kids to school, work, yoga, kids’ homework, dinner, kids, TV, sleep, there’s not much time for anything else. Weekends are also busy with kids’ sport, house chores and family time and all you really want to do with the time that’s left is chillax.

I chose to write my first novel late at night. It was tough. After a full day’s work, it was hard to be creative and I could often only keep my eyes open for an hour or so. I vividly recall waking up with a stiff neck in front of my PC at 1am on a number of occasions.

It was only after reading Stephen King’s On Writing that I decided to switch to writing 4am-6am for my second novel. King maintains that morning writing is best, writing every single morning of his life. The challenge for me was getting up to write but I’ve always been disciplined (probably due to martial arts practice over the years) and so got over this hurdle after a few months until it became part of my routine. I have only ever needed six hours sleep (thanks to daily yoga and a healthy diet) so the trick was getting to bed by 10pm otherwise the two hours became one or less. The benefits were better focus, alertness and increased imagination. My daily word count also improved as a result of this change.

Making time means sacrificing other things that take up the time in your day. Don’t try and write during lunch time at the office. This is probably the worst time to write. You need a quiet, private space, free from distraction where you can switch off and let your imagination fly.

Choosing to write means that you have to sacrifice something in your day. Once you start writing and develop a passion for it, you begin to value your time and appreciate it more. This has a positive effect on the rest of your life and the time you spend on other less rewarding tasks. Writing from 10pm till midnight meant that I was forced to cut out television. I consciously chose to stop watching series because once you’re hooked on one, it sucks you in for weeks and months at a time. I haven’t given up the box altogether however – I still choose to watch a good movie from time to time and I’m a firm believer in balance and moderation. So switching to the morning slot only meant that I had to sacrifice my morning sleep and adjust to a new routine.

If you really feel that you have to write at night, then give it a try as its a good place to start but I’m an official morning writer now and always will be. 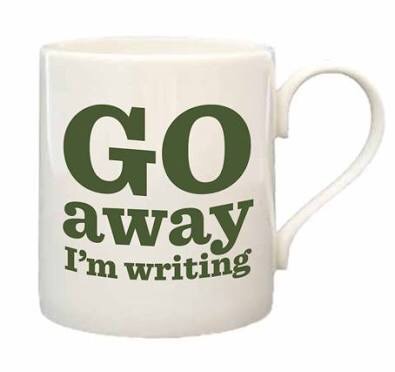