I’ve always had a passion for writing stories but only made the decision to put pen to paper and write my first novel until after I was forty. I remember contemplating the task several times when I was younger and actually made a few feeble attempts at structuring a few storylines and writing a some chapters, but together with a collection of poetry and other musings inside one of those metal ring folders, labeled Creative Writing, that snapped opened and shut with a loud click, they soon gathered dust, stashed away at the top of a cupboard somewhere in my house. I recall being faced with the early vestiges of writer’s block, a frustrating impediment that stifled my creative juices and wrecked my confidence. I had this innate desire to write something different; to create a work of art so unique that it would stand out from the rest of the literature out there, that I found myself never really getting out of the starting blocks for fear of not being able to find the originality that I yearned for.

Like most would-be writers, I knew that I could write, it was just a matter of actually doing it. But for me, getting it done was, I guess what you could call, a secondary objective. First and foremost, it was still about cracking a storyline so unique that I would surprise myself with its brilliance. My fear was creating a story that was just another fantasy tale or vampire saga; a boring rendition of so many that had come before mine, and so an idea popped into my head that would take me back to a time in my early twenties, when I read a book by Colonel James Churchwood of the British Army. Almost 100 years ago, while stationed in India, he was introduced to a set of ancient clay tablets by an monk he befriended, that told of an advanced civilisation living on a continent called Lemuria in the Pacific, that was wiped out by a cataclysmic event over 12,000 years ago. I decided to use this as the foundation for a story that was jam-packed with everything from magic and prophecy, to modern day New York gangsterism, telekinesis, tribes in the Amazon, Mexican tequila, and a thriving, hidden city, buried deep underground.

It took me twelve months of research, planning and late night session after session in front of my monitor, tapping away at my keyboard, to finally complete my first novel, Return To Lemuria. It was a labour of love; a self-inflicted, learning experience that taught me humility, patience, but above all, that writing was a rewarding effort, fueled by passion and dogged discipline and determination. My masterpiece was now complete and I felt proud and delighted with myself for having conquered a life-long desire. But with all the effort that I put into developing a story that was vastly different from the norm, came the challenge of identifying its genre. Was it Fantasy? Kind of. Was it Historical Fiction? Yes. Was it Adventure? Most definitely. I told people it was James Redfield’s Celestine Prophecy mixed with Dan Brown’s Da Vinci Code. But what is the genre? people asked. The best I could come up with was a Historical Fiction Adventure novel. It was only weeks later that I heard about Speculative Fiction, a definitive genre that for the first time really made sense to me and truly explained my writing style.

Speculative Fiction was first attributed to Robert Heinlein in 1941 and goes beyond standard Science Fiction, Fantasy and Horror to encompass Weird Tales, Amazing Stories and Fantastic Fiction. It may also include other genres such as Mysteries, Alternate Histories & Historical Fiction. Think of the root word – “speculate” meaning, “what if?” But then you may ask, isn’t all fiction speculative? Fiction by definition is untrue, so surely all of it involves some degree of speculation? The real difference between regular fiction and speculative fiction is that speculative fiction is any fiction in which the “laws” of the world in the story that has been written, either explicit or implied, are different than ours. There are many famous books (that have also been turned into movies) that have been defined as Speculative Fiction – from Lord of the Rings and A Game of Thrones, to Tarzan, Dune and The Princess Bride.

So now that the genre void had been filled, I felt even more satisfied with my efforts. But there was still something missing. A gap. A sense of loss. I soon came to realise that the fruits of my labour, even though richly rewarding, were short-lived. The allure of authordom was simply that, a seductive ruse that meant nothing until you had a successful novel under your belt. And by successful, I mean a novel that sells like hot cakes – an occurance that happens to one in hundreds of thousands of would-be authors. I have learnt that as an author, you need no less than three published works to be considered a serious contender, and even then, there is no guarantee because it includes so much more ongoing branding, marketing and promotional effort.

In time, I came to realise that the gap I felt was the time that I missed doing the hard work; putting in the long hours night after night to create my work of art. Because authors are artists. Artists with keyboards as paintbrushes and words as paint. I came to realise that the year I had spent developing my novel, taught me that creating something meaningful with passion was a very gratifying sense of accomplishment that I needed in my life, now that it was gone. So I soon found myself back at my desk, losing myself to the hours and hours of creating my second novel, entitled Unicorn, that I have recently completed (and is due for release on 01 September 2016). And once more, I am both humbled and satisfied by the experience that is now part and parcel of who I am. 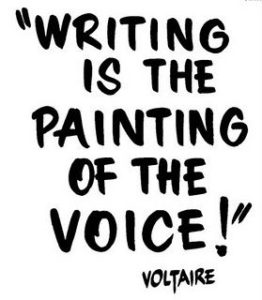 Other posts by Richard:

One thought on “The Philosophy of Writing”