It was around ten years ago that I first heard the term practicing immortal, used as a way to describe a conscious and deliberate action taken to follow an illustrious way of life. I liked it and still do. Very much.

I added it to the bio on my social media profiles as a way to define a part of me to others and as a way to integrate its essence into my personality, as a fundamental character attribute. My decision to publicly and intentionally add it to my bio was also based on the following quote by Ralph Waldo Emmerson:

I like to think of it as a mini-mantra; a powerful, intentional truism, charged with mystical properties.

Throughout the ages, man has been obsessed with cheating death; from the Chinese to the Egyptians and the Indians, to dozens more civilisations over the ages. But immortality has remained an elusive butterfly, a divine power, akin to flying or time-travelling, reserved for fantastical stories and far reaching tales.

Scientists, futurists and philosophers believe that it’s just a matter of time before mankind is able to achieve physical immortality. In religious contexts, immortality is often described as a promise by G-d to human beings who  show goodness or follow divine law.

In my reference as a practicing immortal, I refer to myself as one who consciously works toward keeping my mind and body healthy by eating healthy food, partaking in physical activity and stimulating my brain. Some examples of these practices are: juicing, no coffee or red meat, daily yoga, dancing to trance music, reading and novel writing.

I had a break last week with my family. We travelled from Cape Town to my favourite place on Earth, Plettenberg Bay, an idyllic seaside town up the East Coast of South Africa. On our way back, we stopped at Peregrine Farmstall, a landmark destination en route, filled with everything from fresh produce to cheese, coffee and homemade jams.

I spotted a familiar face in the queue to the till as I entered the shop. He was roughly my age with shoulder-length, grey hair. I got to know him from the outdoor party scene. My mates and I used to call him the horse-man because he used to prance around the dance floor with his shirt off and his long, dark hair all over the place like the mane from a wild horse. He always had a big smile and tons of infectious energy that he passed on to others as he danced. He grinned broadly when he saw me and it brought back memories of the good times  we used to share.

“Hello brother,” he said, extending his arm across the aisle.

I gripped his hand in a firm embrace. “Hey, bro,” I responded.

“Working hard at staying young?” he said matter of factly.

Now it was my turn to grin. I laughed in response to his unusual question. “I try my best,” I replied. “Always good to see you,” I said, releasing his grip and turning to enter the store.

And this is what prompted me to write this blog post because here was someone who just got me. Here was someone that I hadn’t seen for years who was on the same wavelength as me. Someone who loved and lived life to the full. Someone who recognised the commonality that we shared. An enlightened being who also practiced immortality.

As the famous South African golfer, Gary Player once said: The harder I practice, the luckier I get. So maybe one day I will get lucky and become immortal. ? 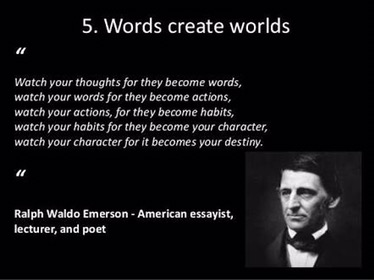