The Voynich Manuscript is a roughly 250-page book written in an entirely unknown language/writing system. It’s been carbon-dated back to the 1400s and includes illustrations of plants that don’t resemble any known species. It’s named for the Polish book dealer who purchased it in 1912. It is believed to have been intended as a medical text. Its first confirmed owner was Georg Baresch (1585–1662), an alchemist from Prague, who discovered it “taking up space uselessly in his library.” Baresch tried to investigate the manuscript’s origins, to no avail.

The manuscript changed hands for centuries until it was purchased by Voynich, who posited that it was authored by Albertus Magnus (an alchemist) or Roger Bacon (an early scientist). However, some believe that Voynich fabricated the manuscript and its history all by himself. Various other hoaxes have been proposed over the years. Of course, that wouldn’t explain the carbon-dating of the paper and ink. 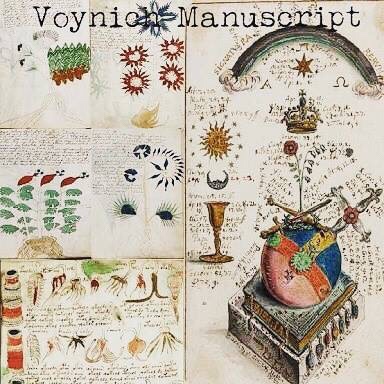