Blog
You are here: Home / Blog / Uncategorized / Fairy tales may be older than we think!

A pair of researchers has conducted a phylogenetic analysis on common fairy tales and has found that many of them appear to be much older than has been thought. In their paper published in Royal Society Open Science, Sara Graça da Silva, a social scientist/folklorist with New University of Lisbon and Jamshid Tehrani, an anthropologist with Durham University describe the linguistic study they carried out and why they believe at least one fairy tale had its origins in the Bronze Age. 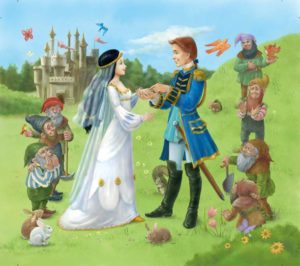