PRAISE FOR: SERVANT OF MEMORY 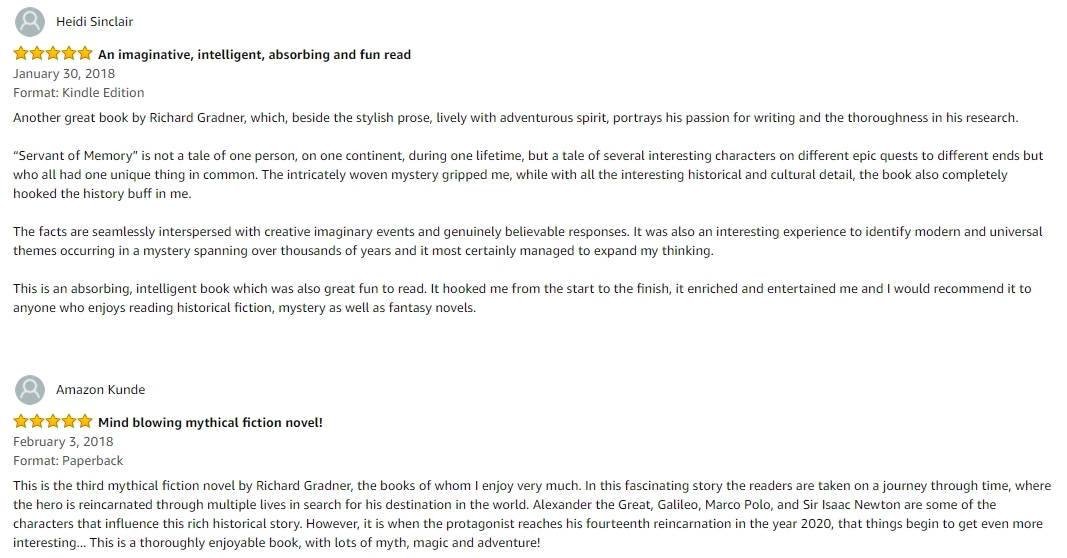 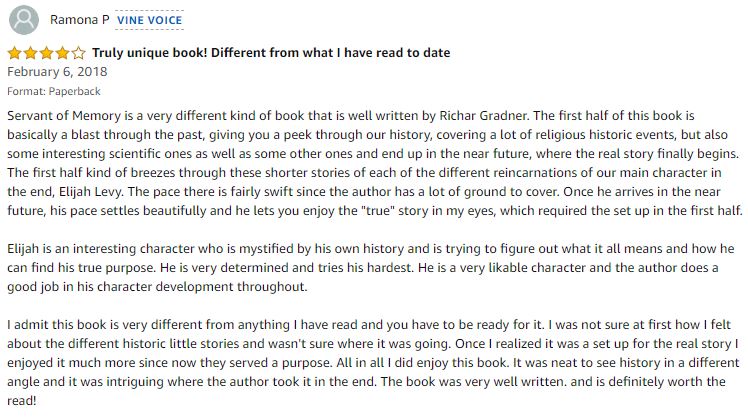 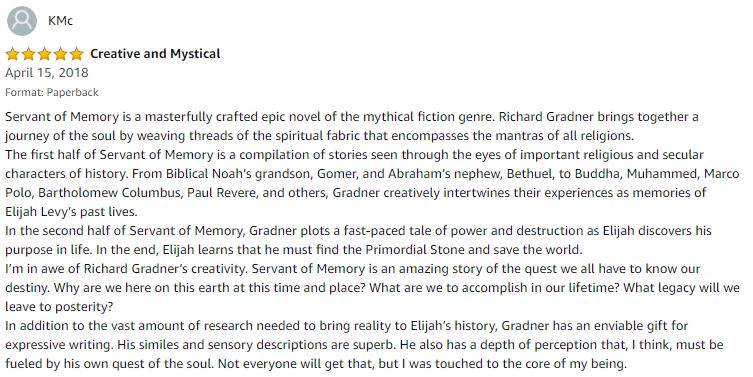 PRAISE FOR: RETURN TO LEMURIA

“Richard, you have got a nice plot for your story. Your narrative is excellent; you depict your scenes really well. The characters are well-drawn and their dialogues are befitting. It is an entertaining read and should be popular with the genre readers. Very highly rated” –  Aminul Ruhul

“Colorful characters and an interesting premise! This has a lot of promise, I’m interested to see where it leads!” – Aliya M.

“I took to this straight away; the gangster theme comes across very well, not overdone and very believable. Billy Bayer, being driven along Fifth Avenue in his black limo already making his mark in the underworld and he’s not happy that the web site isn’t to his liking yet…heads will surely role. I like the way Billy first comes into contact with Victor kadezi, a New York gangster, well known for his notoriety. The big guy bumping into the little guy in order to get into a conversation with him. The best thing Billy did was to avoid an argument, I thought. It was a setup though for Victor to take him under his wing knowing the potential of Billy to get on in life even if that came under illegality. I’ve only read the start of the book but the author’s writing tells me it’s going to be a thrilling read. Good dialogue and description make the book stand out!” – Neville Kent